The Banded Coral Shrimp catches the eyes of most aquarists with their beautiful coloration and body shape. It has striking red and white bands across its body with fairly long pinchers and extra long white antennae. Combined with its prickly body texture, this peaceful member of the Stenopodidae family brings interest to any marine aquarium. However, most hobbyists praise Stenopus hispidus for its active nature as it scampers around the aquarium in search of food.

Native to the oceans of Indonesia, Stenopus hispidus is perhaps the most widely distributed shrimp in the sea. It usually hangs upside-down in caves or crevices, with only its antennae emerging from the hole. While molting, the Banded Coral Shrimp will often hide from sight for 1-2 days in the rocks of the reef. In the home aquarium, provide sufficient room for the Banded Coral Shrimp so it can move about freely without its long antennae touching neighboring corals or anemones.

In the wild, the Banded Coral Shrimp is a scavenger. In the home aquarium, it will accept most flaked and frozen foods. 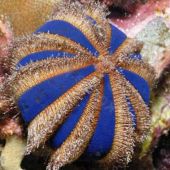 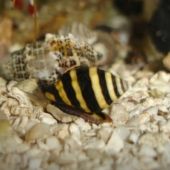 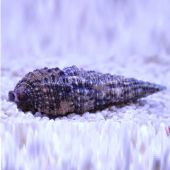 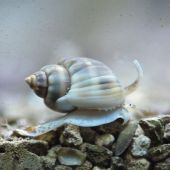 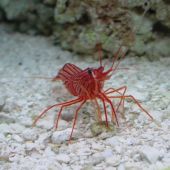 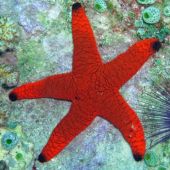 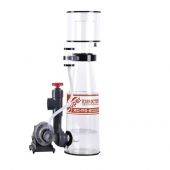 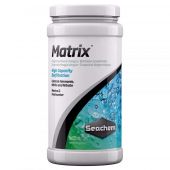 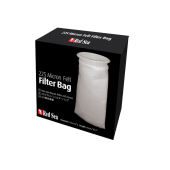 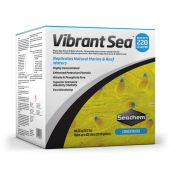 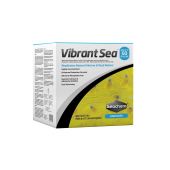 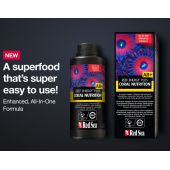 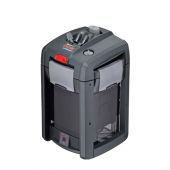 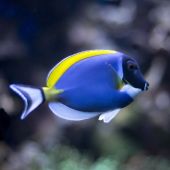 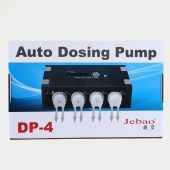 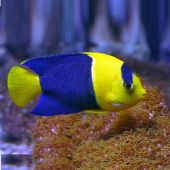 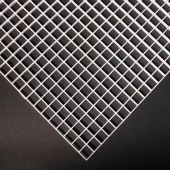 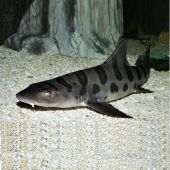 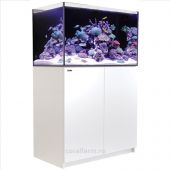 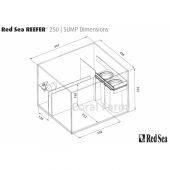 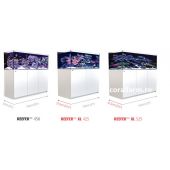 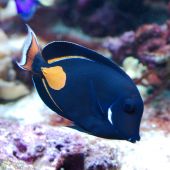 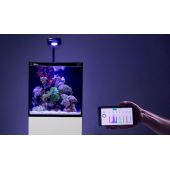 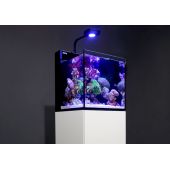